​Our news in the UK has been dominated by Brexit. Whether we remain or leave, it makes no difference to the Asian hornet (Vespa velutina nigrithorax). With 17 confirmed sightings in England since 2016, we must stay vigilant. If the Asian hornet gets a foothold in Britain, we will join other countries in Europe that are suffering economic losses - that's a fact. 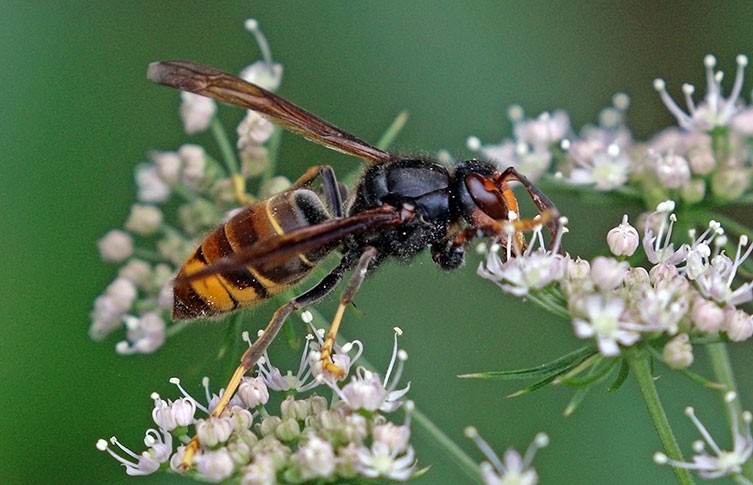 In a 43 page report published by the European Commission in September 2019, Invasive Alien Species represent a major threat to biodiversity in Europe and worldwide and can cause significant damages to the ecology, economy and livelihood of countries affected.

Despite EU Member States recognising the need for early eradication and management, there is still little interest on the effects on socio-economic aspects at EU level. The report suggests that an assessment is needed to better understand the potential damages caused by alien species, such as the Asian hornet, and the adverse impact on biodiversity, related ecosystem services and the cost of damage.

Based on this, a weighted estimate of the damage caused by the Asian hornet to European bee colonies in different environments and with different prey availability, could lead to the assumption that the species could be responsible for the loss of 65% of bee colonies in infested areas, as a result of direct predation and weakening of bee colonies. We won't know for some time if this is true until there is sufficient data to analyse and back up this assumption.

The Asian hornet is a voracious predator of honey bees and other insects; they provide the colony with a good source of protein for growing larvae. They will hover at the hive entrance (known as hawking) and try to capture foraging bees returning to the hive.

Potentially what impact does this have on the pollination service that many insects provide? According to the report, agriculture, households and the retailing sector are all affected because the decrease in the number of pollinators reduces the production of fruits and the knock-on effect is economic losses. It has already been shown that fruit trees pollination in four nations - Spain, France, Italy and Portugal - are severely affected.