The first Asian hornet (Vespa velutina nigrithorax) of the year was found on Sunday 2 February 2020 (first confirmed sighting in 2019 was 6 February) by a member of the public in St Brelade, Jersey after being disturbed from hibernation. The insect was reported with a photograph which confirmed the sighting. 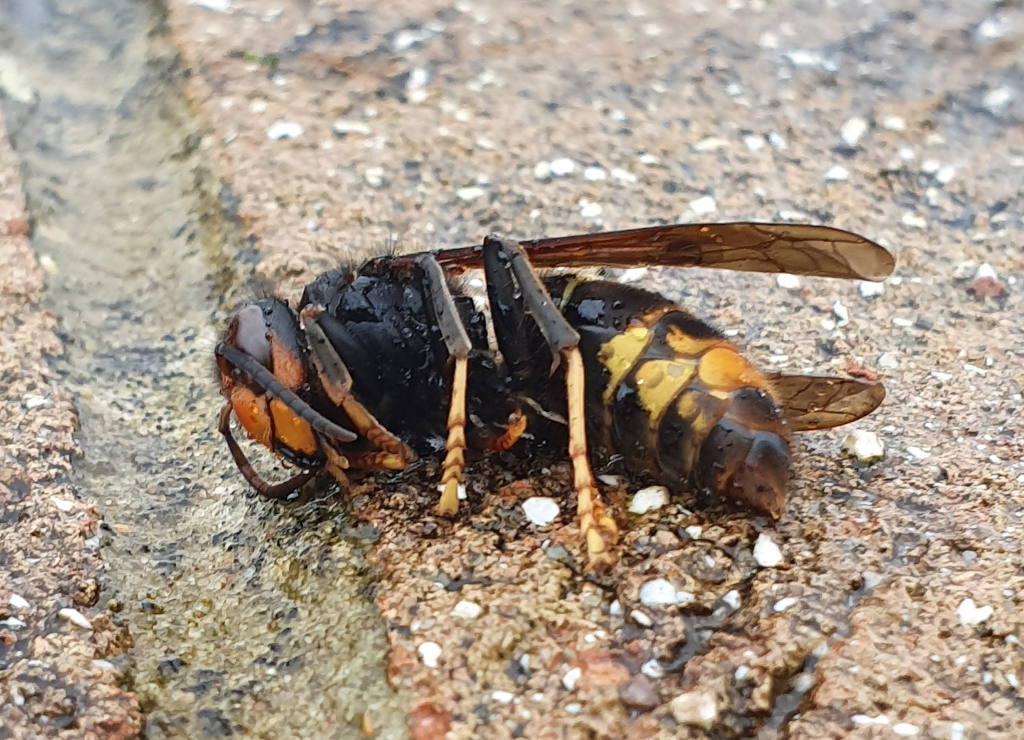 Islanders are now being urged to be on the look-out for Asian hornet queens, which will soon start to emerge from their winter hibernation and attempt to build their primary nests. Last year, more than 80 Asian hornet nests were found and destroyed in Jersey.

In a post on the Jersey Asian Hornet Group’s Facebook page, Alastair Christie, Jersey’s Asian hornet co-ordinator asked people to be vigilant as the the queens may be hibernating in sheds, lofts and even (like queen wasps) in the folds of curtains!

How to report a sighting in Jersey

The ‘Asian Hornet Watch app is available to download free of charge from the Apple and Android app stores.

The app allows you to take and send a photograph and provides coordinates of the sighting.

Send a photograph and location to the Jersey Asian Hornet Coordinator

Call the Jersey Asian Hornet Coordinator on +44 (0) 1534 441633. Please leave your name, contact number, the parish where the sighting took place and some brief information on what you saw.