Why does an Asian hornet found in Hamburg matter?

On Tuesday 3rd September 2019, an Asian hornet (Vespa velutina nigrithorax) was found alive in Hamburg, Germany which roughly has the same latitude as Manchester here in the UK.

In an article published in the Evolutionary Systematics journal (February 2020) it documents the first time an Asian hornet has been found in Hamburg. So far this is the northernmost occurrence of this originally South-East Asian species in Europe and in the world. It remains unclear whether this is a single accidentally translocated specimen or one of a population already reproducing. The find may suggest that the species will possibly spread much faster than previously anticipated and modelled. 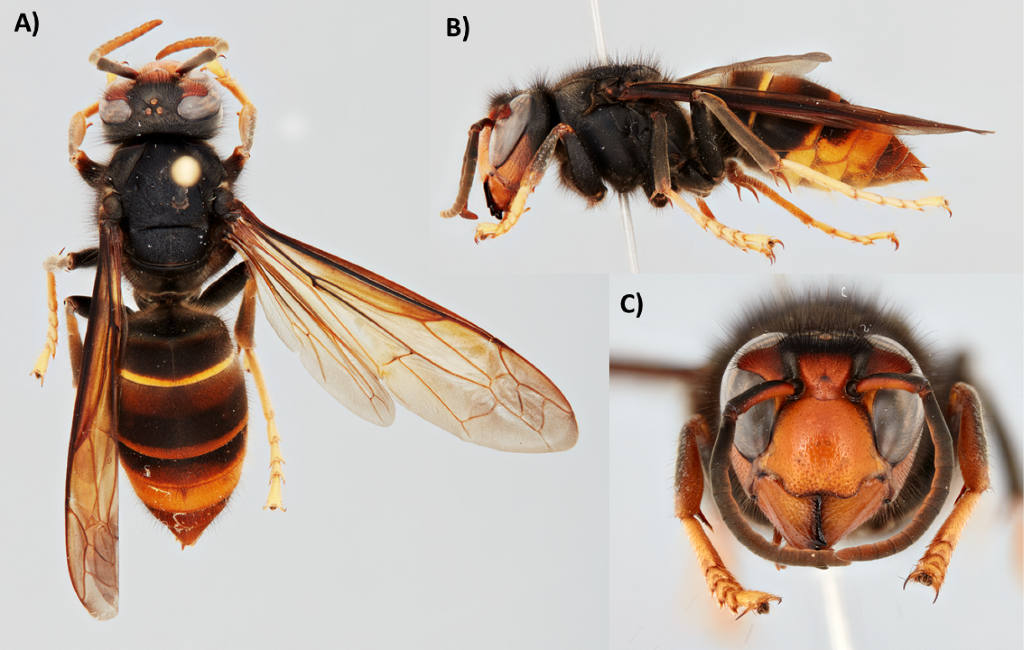 What is so interesting about this particular Asian hornet is that it was a female worker found living in the premises of a company not involved in the import or export of goods at that time from areas where the Asian hornet is known.

Up until this point, no other Asian hornets have been found as far north in any European country and only time will tell if they have already settled where this female worker was captured.

In the article, the authors said "Considering the fast invasion speed of the species and its relatively high climatic tolerance it does not seem unlikely that the species reached Hamburg on natural routes and reproduces here. Yet, other models suggest that the Hamburg area is not suitable for the species today."

Why does it matter?

If it is found that this Asian hornet female worker represents a case of natural range expansion, then this would suggest the species can invade new areas quicker than expected and could spread much faster across the UK than previously predicted.

Further finds confirm the assumption that the Asian hornet has settled in Hamburg. After finding a living specimen in Billbrook, civil scientists have now also reported an orphaned nest and an occurrence with around 80 individuals.