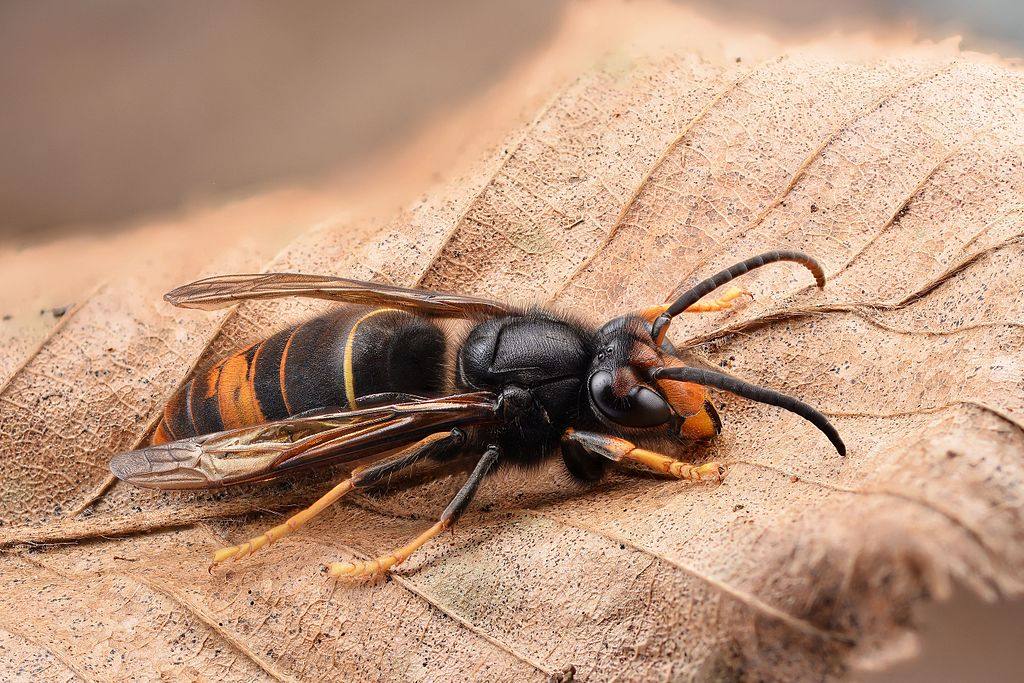 The Asian hornet (Vespa velutina nigrithorax) is a species of hornet which is not native to the UK and is smaller than our native European hornet. It was accidentally introduced from China to other parts of the world.

They present no greater threat to human health than wasps or the native European hornets, but people should be cautious if the suspect Asian Hornets in the area.

Under no circumstances should you attempt to disturb a nest as Asian Hornets have been known to defend their nest area aggressively.

However, they do pose a risk to honey bees and pollinating insects. It is a highly effective predator of insects which can cause significant losses to bee colonies, other native species and potentially ecosystems. 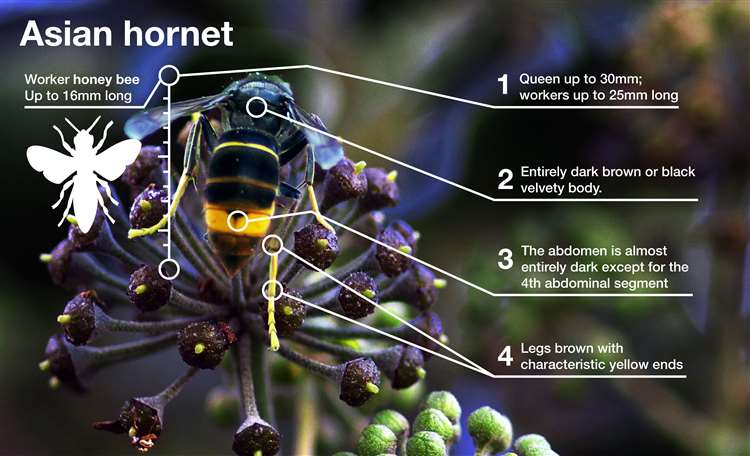 Asian hornets are smaller than the native European hornet
©DEFRA

The species that is causing concern about its invasiveness in the UK and the rest of Europe is Vespa velutina nigrithorax.

The Asian hornet is a day flying species which, unlike the European hornet, ceases activity at dusk.

According to the Natural History Museum, there are more than 7,000 species of wasp living in the UK, and a few of them are sometimes mistaken for the invasive Asian hornet.

The European hornet (Vespa crabro) is native to Britain and is larger than the Asian hornet. Compared to other species, European hornets are quite docile. 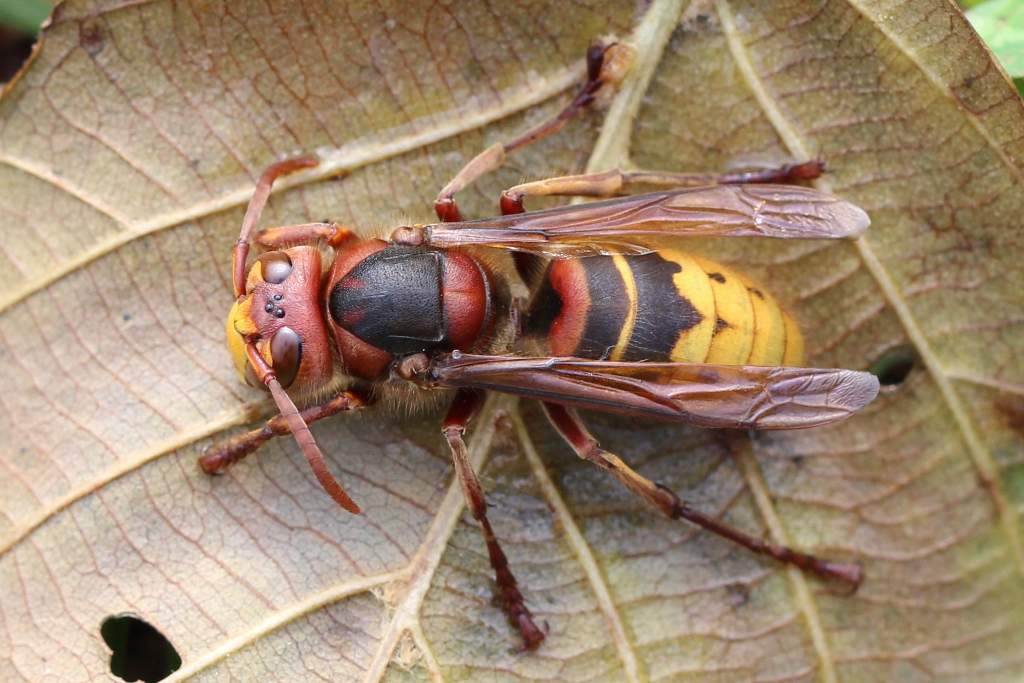 The median wasp (Dolichovespula media) is the largest non-hornet wasp native to Britain. They have yellow markings on their thorax, unlike the invasive hornet, as well as more extensive yellow on the abdomen. 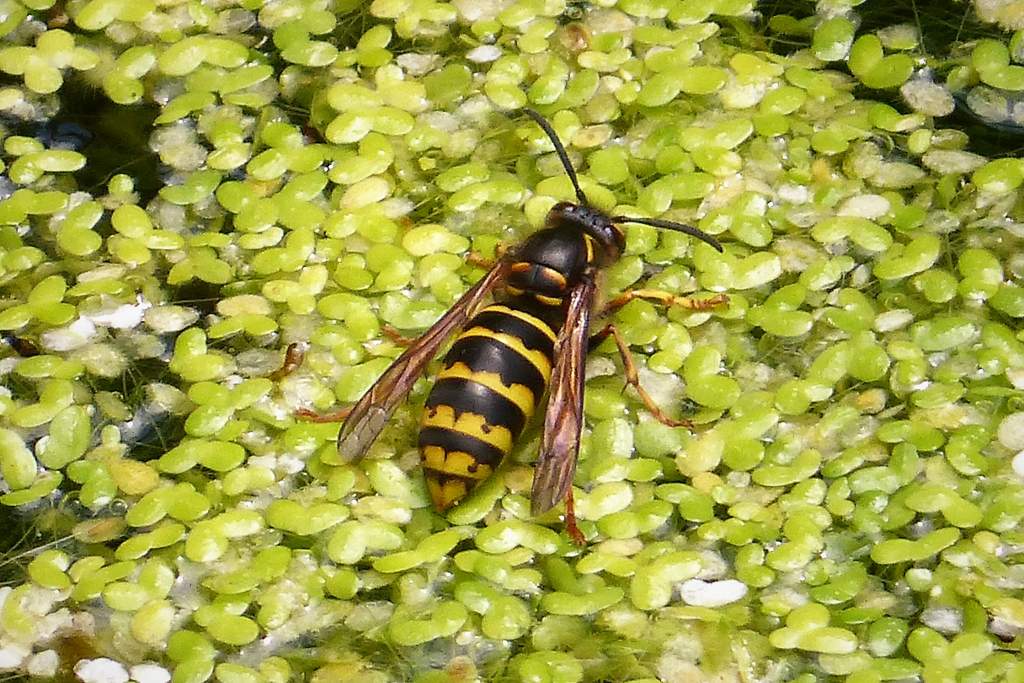 The giant wood wasp (Urocerus gigas) is larger than the Asian hornet and is a relative of the wasps and can be found near pine woods, or places where pine timbers are used. 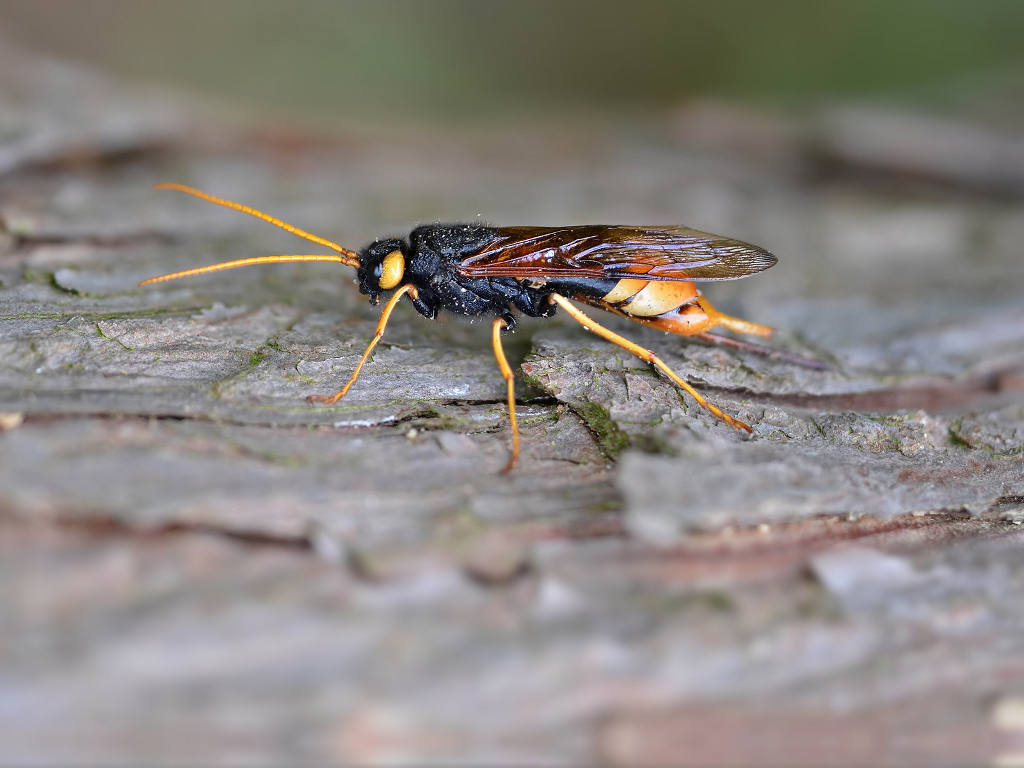 The hornet mimic hoverfly (Volucella zonaria) is also known as the ‘belted hoverfly’. It is the largest hoverfly species in the UK. As its name suggests, it is an excellent mimic of the hornet, but is harmless to humans.

Hoverflies, also called flower flies or syrphid flies, make up the insect family Syrphidae. As their common name suggests, they are often seen hovering around flowers. 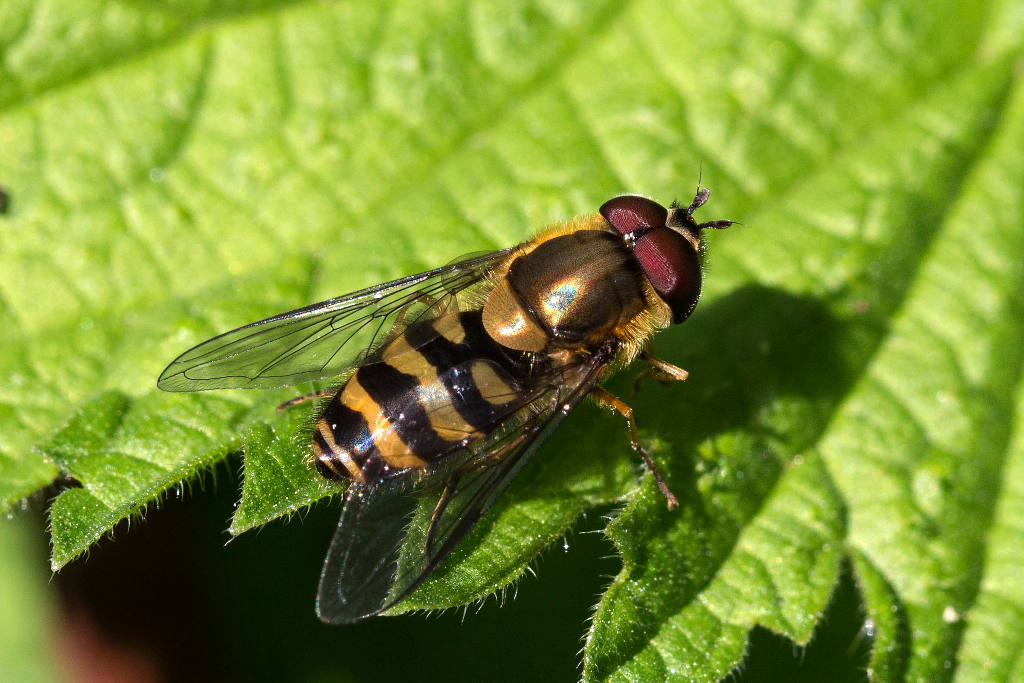