Before tracking, are you covered?

The British Beekeepers' Association (BBKA) insurance cover that is provided for registered beekeepers covers all that beekeepers do in their normal beekeeping, including swarm collecting but are not insured if trespassing or entering areas without the landowner's permission. Also, the are not insured if involved in trapping and releasing Asian hornets as this is an illegal activity, Asian hornets are an invasive species and sightings must be reported.

Members of the public have no insurance through the BBKA unless participating in beekeeping activities with BBKA members.

Beekeepers involved in tracking Asian hornets or searching for their nests in order to protect their bees are not insured if climbing ladders, trees or scaling buildings above the height specified in their BBKA policy concerning swarm collection. Beekeepers should only be involved in tracking activities directed by the National Bee Unit (NBU) and will not be insured if they are practically involved in Asian hornet nest destruction, this will be undertaken by specialist pest controllers appointed by the NBU.

Please remember, the aim is not to kill other insects and pollinators while tracking Asian hornets.

What does tracking involve?

The following sequence of tracking has proven to be successful in enabling volunteers to track nest effectively:

The following tracking information is based on the exerience and knowledge gained by volunteers on the island of Jersey since the invasion of Asian hornets on the island.

In October 2019, Alastair Christie, Jersey's Asian Hornet Coordinator, asked their team of volunteers for any tracking tips and thoughts that they would like to share. The point being to share ideas, try different methods and to get better at tracking nests more quickly to help reduce the number of hours spent looking for them. This is what they thought: 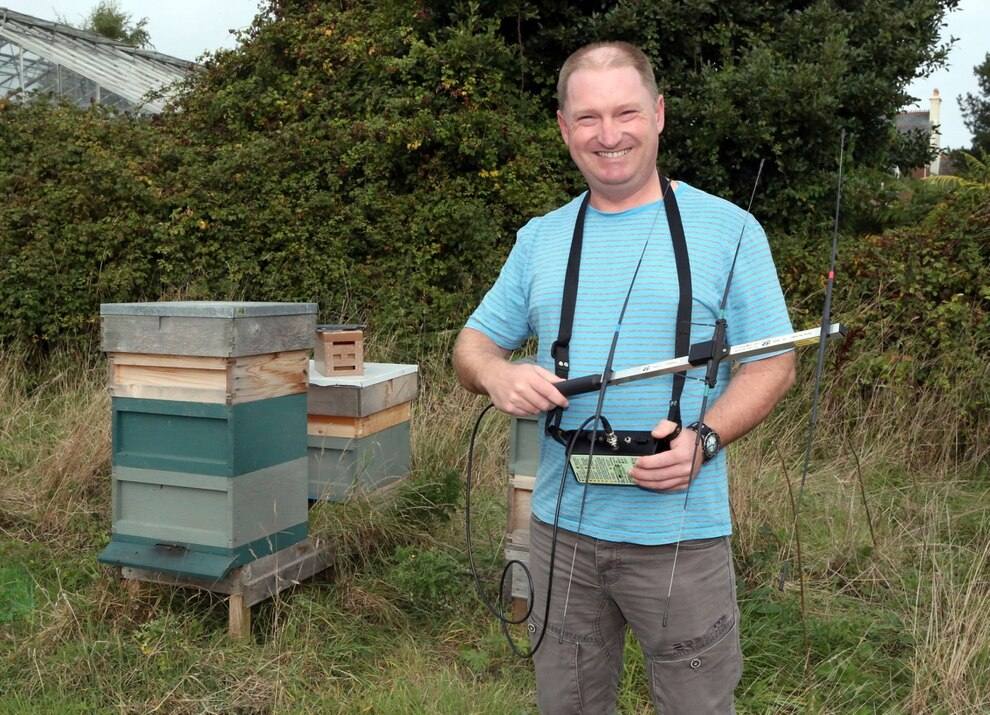 Nests can be found anywhere from the ground up and include buildings, walls, hedges, bramble patches, cliff faces and of course trees of all differing species. 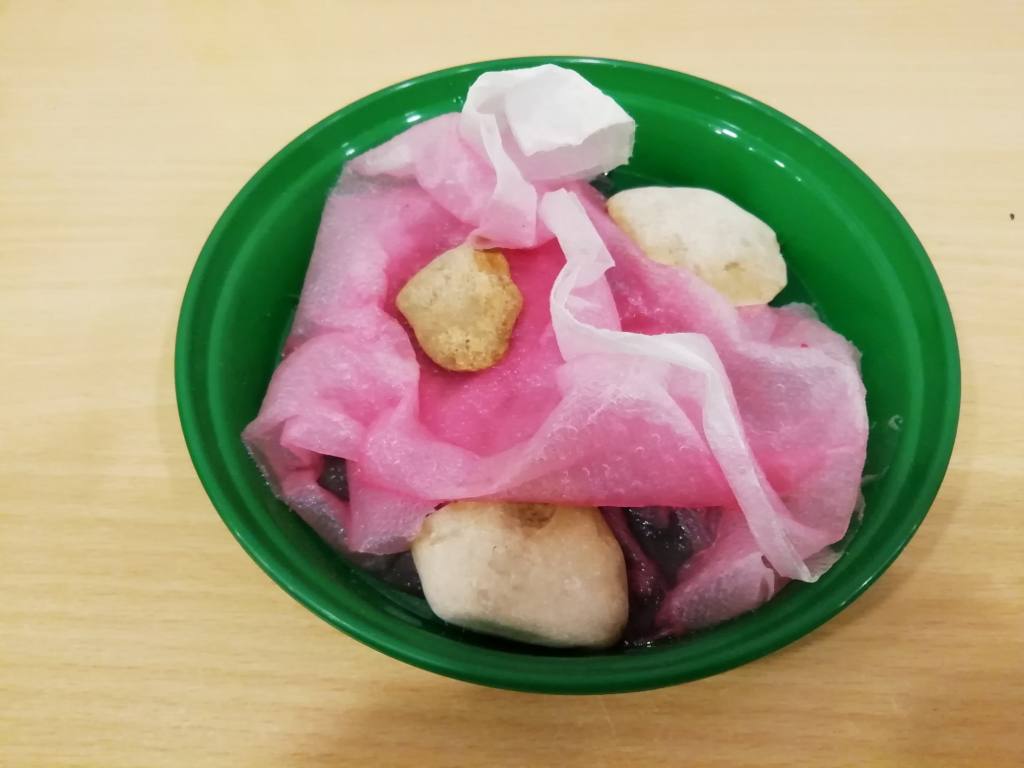 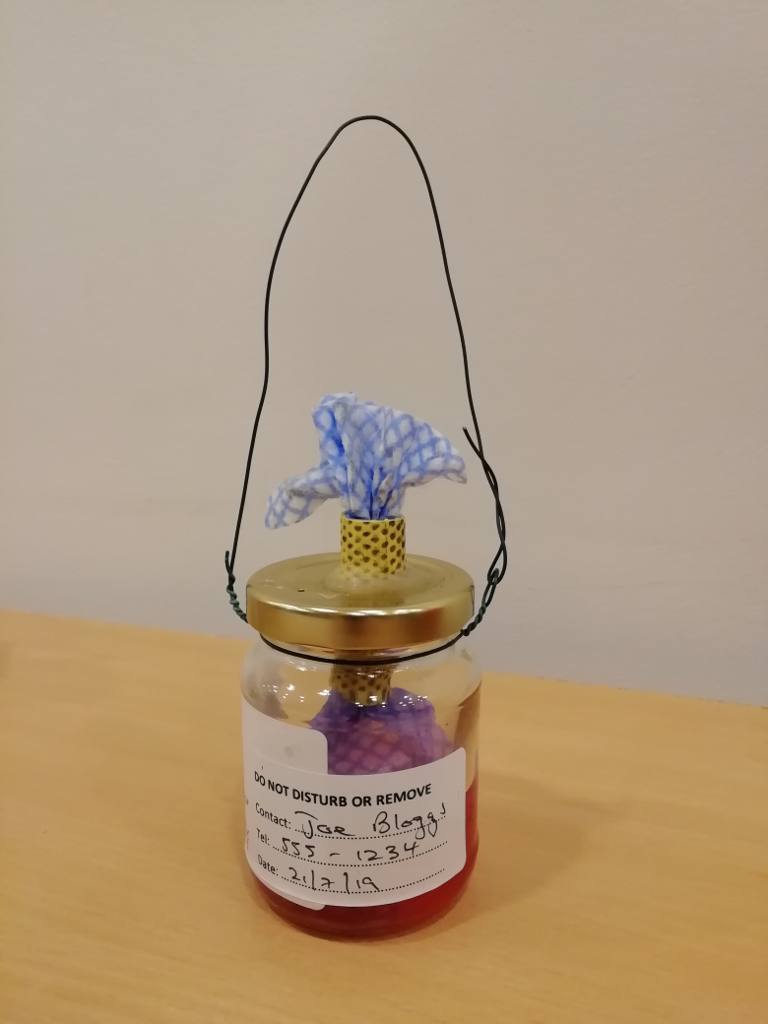 Every Asian hornet removed from the ecosystem is a benefit to wildlife.

It simplifies the management of the bait station and could also have some effect on the quantity of food going to the nest, which could have a drag effect on the nest's ability to produce more hornets by requiring a few extra days for the larvae to get to the required size to pupate. Any method that may have an effect on the speed of nest building and of disrupting food supply should be used alongside the main aim of track and destroy.

From the experience of the Jersey volunteers, the wick bait stations have proven to be the best and offer greater benefits:

Although it can take longer for the Asian hornets to feed off the cloth, it would be beneficial to glue a bottle top cap of liquid attractant to the lid of the wick jar so that the Asian hornets can feed from this much faster to speed up the tracking process.

Source: Permission kindly given by Government of Jersey to reproduce.

In the Asian hornet's natural range, the eastern honey bee (Apis cerana) guard bees use wing shimmering in response to the presence of Asian honets. This is a very generalised response to disturbance and has variously been suggested to be signal or a strategy for disruption of visual patterns, similar to the behaviour of other honey bees (Apis cerana nuluensis and Apis dorsata). However, our western honey bees (Apis mellifera) exhibit no such behaviour that can act as a deterrant.